I’ve been doing a lot of reflecting and rethinking about the blog recently.  I have BIG plans in my head!

One thing I am always rethinking is how to do snapshots – brief mini-posts that are more like a “here’s a bunch of stuff I either like or don’t like or just want to blab about.”

For now, this is what I’ve got: a monthly report of all the things. By which I mean, all the things I’m reading, listening to – or whatever else is relevant.

Things I’m Reading: Behold The Dreamers, by Imbolo Mbue. Only a few chapters in. So good so far! Also I have 58 items checked out at the library, which is sort of out of control but also I needed them all.

Things I’m Listening To: You guys – my podcast diet is HUGE right now.

A while ago, I reached out to my social media community and got a bunch of recommendations for non-news non-politics podcasts. One of the best recommendations I got was for The Girl Next Door, a podcast that’s basically two next-door neighbors chatting about life, marriage, parenting, self-care, personality, self-reflection – a smorgasboard of my favorite topics.  I absolutely love it. And, I realized, this kind of podcast is my jam – two smart and insightful females talking about how they live and love and parent and create.

Well, it turns out that there are other podcasts that follow this same format. I have fallen into a rabbit hole of friendly podcasts focused on parenting, minimalism, and work-life balance. It is unending, and awesome. But also overwhelming.

I’ve decided to zero in on The Mom Hour now that I’ve finished listening to The Girl Next Door archives. I’ll report back! 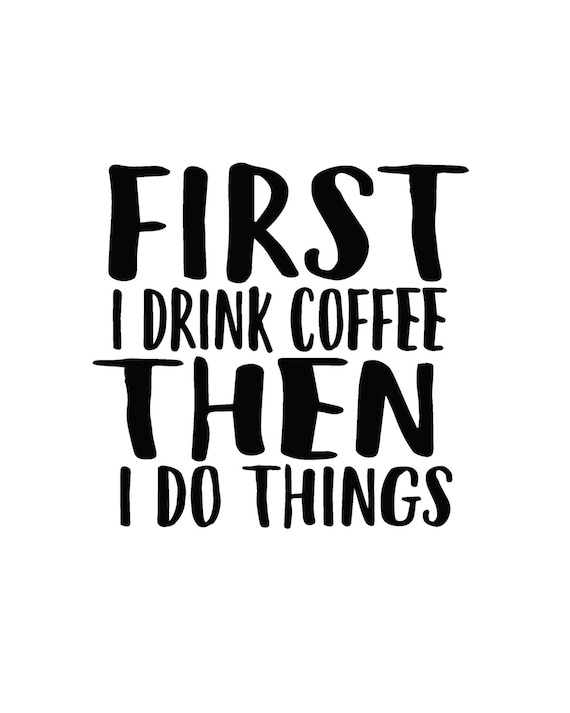 It’s snowing in Maryland! The office is closed and I am holed up at home with a fire roaring and Teddy napping. I’m taking advantage of the unexpected playtime by listening to The Girl Next Door (my new favorite podcast!), writing, and reflecting on a few random things.

One of my favorite things so far in 2018 has been a new Facebook group I’m in called We Like Big Books and We Cannot Lie! It was started by a hilarious and wonderful friend of my sister, and it’s basically a big group of people who love books and reading and love talking about books and reading. I’ve gotten a ton of great recommendations for books I wouldn’t have even heard of.

Reading a lot of books is not really a goal of mine, so this sort of happened by accident. But I think it helps that I’ve had an amazing group of people making recommendations and encouraging me to read outside my comfort zone.

One of my other unplanned accomplishments in 2018 so far is this: I have given up caffeine.

I didn’t really plan on tackling this, but Tee decided to switch to decaf coffee to help with sleep, and I decided to join her. It was a tiny bit about solidarity and supporting Tee, but my decision to give it up was mostly because it gets uncomfortable being ‘addicted’ to a substance, even if that substance is caffeine. When I’d get stressed, I’d immediately reach for a diet Coke or a coffee. It got expensive and annoying; I don’t want to have to reach for something external to deal with internal anxiety or stress.

Additionally, I frequently had to reach for Tylenol PM to aid my sleep, if I drank too much caffeine during the day. Last night as I was falling asleep, I realized that it was several days since I’d had to reach for a sleep aid to help myself. I’ve been sleeping more deeply and waking up more easily.  It’s wonderful.

During the fall of 2017, Hillary Rodham Clinton was interviewed on my favorite podcast, Call Your Girlfriend.  She was featured on a bunch of podcasts right around that time; it was soon after her book, What Happened, was released.  It was bittersweet, listening to these interviews; HRC may be a complicated and flawed individual (aren’t we all?), but there’s no doubt in my mind that she would be a more competent leader than our current president.

However – that’s not why I’m mentioning HRC today.  The real reason she’s on my mind is that, in that September 2017 interview on CYG, she became one of my Reliable Book Recommenders.

I’ve blogged about this previously, but to restate: not everyone in your life is a Reliable Book Recommender.  I have amazing friends – best friends – who are readers, and have a lot in common with me, and yet are UNRELIABLE Book Recommenders.  Our taste in books just does not match up.

During the CYG interview, HRC mentioned being a fan of the Elena Ferrante novels, which I loooooved.  Moments later, she mentioned a different writer, someone I’d never heard of before: Louise Penny, a Canadian author who (according to HRC) had famously authored the Chief Inspector Gamache murder mystery series.

Now, since HRC had endorsed the Ferrante novels, I knew we had at least some overlap in our reading tastes.  And I adore mystery novels – well-written ones, that is.  So I requested Louise Penny’s first novel, Still Life, from the Baltimore County Public Library.

It’s five months later, and I recently finished the 13th book in the series.  OH MY GOSH I LOVE THESE BOOKS SO MUCH. Each book contains a murder mystery, but there’s a group of characters – Chief Inspector Gamache and his family, his second-in-command Jean Guy Beauvoir; and a small circle of friends who live in a quaint village in the Quebec countryside called Three Pines – that are present throughout the series.  The murder mystery is usually interesting and compelling, but I find that I’m more intrigued by the staple characters than I am by the mystery Gamache is solving. Each character has a compelling back story, personality, and personal journey, and I really love spending time in Three Pines. When I finished Book 13, I was worried that it might be the last in the series; luckily, I started following Louise Penny on Facebook, and learned that Book 14 should be released sometime during 2018!

One of the reasons I have Louise Penny’s books on my mind is that I learned a little about her story.  She started writing full-time in her late thirties, and her first novel was published in her forties. I find this an inspiring, not depressing, timeline.  And, as I’m thinking more and more about working on a longer piece of fiction writing, I am very much in need of inspiring timelines!

As I sped through the Louise Penny books, I realized that if I want to write what I myself love, then I should write a series of mystery novels. I actually realized this as I was contemplating how sad I’d be if Book 13 were the last book in the series; I had the thought that if I really wanted another mystery series PRONTO, then I should write it myself. I’ve been giving it a try, but the idea of writing a good mystery is really intimidating! I mean, how do you come up with something that’s so clever that you can confound and perplex your readers? How do you DO that?! It seems even more egotistical than regular fiction writing. (My Inner Critic voice often says snarky things to me like, “Who the hell would want to read anything YOU wrote?”)

One of the things I am most excited about is that idea of creating a cast of characters that I can revisit again and again throughout a series. It means I don’t have to resolve everything in one book.  I think that will also help with my instinct to tie everything up with a bow at the end of a story or novel; if I know I’m writing a series, it can be more of a slow burn.

SO EXCITED. SO INSPIRED. SO ENCOURAGED.

There are, once again, a million mini blog posts floating around in my brain and in my draft folder.  So, without further adieu, a list of random things I’m grateful for:

Enough for now.  These posts are kind of a dumping ground for random thoughts, but my mind clears up after I write them, so – worth it.

There’s a story – possibly a long-ish work of fiction – bubbling up in my mind.

However, I’m in the middle of a seriously crazy Book Binge currently, and I’ve been reading much more than I’ve been writing.

The WAY I’ve been reading is a little different this week.  While reading this week’s books – including Wonder, The Hate U Give, The Readers Of Broken Wheel Recommend, and Young Jane Young – I’ve been asking myself questions about choices the author made, things I like about the plot or story, and tools I might be able to use.

However – my actual writing has been limited.  Every day for the past few weeks, when I get done with Teddy’s bedtime routine, I race downstairs to read my current book.  I finished the Louise Penny novels, which were incredibly addictive and suspenseful, and then have been flying through book after book after book.

I’m a little worried about my lack of actual writing – though I am trying not to be TOO worried.  I do want to make writing a priority; I don’t want to put my writing on a back burner for weeks that turn into months that turn into years.

Maybe if I give myself a soft deadline – need to have started writing this story-maybe-novel by Valentine’s Day – then it will keep me dedicated without forcing me to do it RIGHT NOW.  I’m not great at forcing myself to do things – I’m better when I maintain my faith that it always comes back, whether it’s my desire to read, my energy to run, or my creativity for writing.

However – I also don’t want to wake up in a year with this story still bubbling up inside of me.  Hopefully this post will bring me some accountability.

I am enjoying tossing this story around in my head.

Thinking about character quirks and which characters can have them.

Welcome to playful + peaceful! I’m a writer, a therapist, and a mom. I love to read books and drink coffee. I write about adoption, parenting, books + reading, and all the other things. I’m so glad you’re here!